Kazunori Asada is an independent scientist with two Ph.D.s in Medical Science and Media Design. He developed the MN-128 series, a digital communication equipment sold by NTT, which triggered the spread of the Internet in Japan, and contributed to establishing the Japan’s first digital certification authority company. In 1997, Asada founded an information security technology company, Open Loop Inc. and led the company to be listed on NASDAQ Japan (currently Osaka Exchange, Inc.) in 2001 as president and CEO. Through experiences such as working at a biotechnology company in the United States, he is now working as an independent scientist who has multi-expertise: information technology, cryptography, medical science, mathematics, media technology, and chromatics. In 2010, Asada developed a color vision assistance tool for color deficient individuals, named “Chromatic Glass,” which increases color visibility and enhances the ability of distinguishing colors, as well as “Chromatic Vision Simulator” for people with normal color vision to experience what color deficient people see. In the following year, he released a reading assistance tool, “Brighter and Bigger” for people with presbyopia, cataract, and weak sight. Having about 280,000 users throughout the world, all of these softwares are released free. 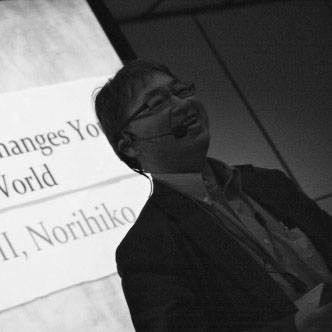 Professor at Hokkaido Information University. The former president of Hokkaido English Language Education Society. Lecturer at JICA(Japan International Cooperation Agency). The first exchange student at Hokkaido University of Education at Asahikawa on a scholarship by Ministry of Education in 1979. Studied linguistics and TEFL(Teaching English as a Foreign Language) at Southern Illinois University. Taught English at three high schools in Hokkaido. Studied TEFL at Essex University in 1992. His students won the 1st and 2nd prize at Hokkaido High School English Speech Contests. Turned to teach English at Hokkaido Information University in 2003. His special interests are the speech communication, bilingualism and e-language-learning.